When it comes to designing a kitchen, it is not only about picking a few colors as there’s a lot of factors that need to be considered. And kitchen layout is one among them, besides other crucial elements such as the kitchen cabinets, countertops, flooring and so on.

While you browse through various kitchen design ideas, do not get carried away with the aesthetic before making any big decisions. Pay attention to your own needs, and the way you wish to use the kitchen, as it needs to be incorporated to make the kitchen design a successful one for you!

Closed kitchen concept consists of a closed area or a separate room, which remains separated from other rooms by walls. It is one of the old kitchen design concept, which is still being implemented depending on the size availability and requirement of the kitchen user.

Whereas open kitchen concept came into existence in India with the emergence of modular concept. Here the kitchen opens right into the living and dining area, at least from one side. 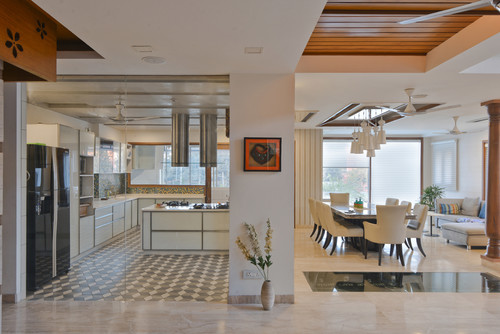 ● The closed kitchen design concept provides privacy to the user.

● Since the kitchen is closed from all sides, the storage as well as counter space increases.

● The mess in the kitchen will also remain hidden.

● But if the kitchen is way too small, then the closed kitchen design will make space look smaller and congested. 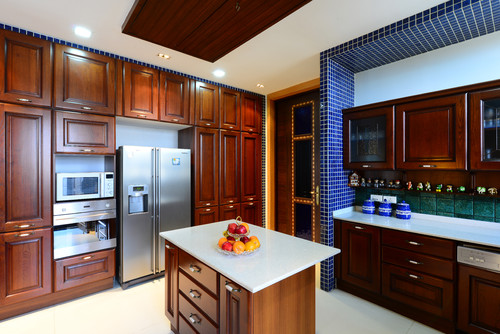 ● The open kitchen concept works the best for those homeowners, who love to organize house parties.

● Works well for small homes as it creates an illusion of more space.

● One can entertain themselves even while cooking by watching movies in between.

● Moreover, easier to keep eye on kids and to serve food as well.

● But the disadvantage is that the mess caused while cooking won’t remain hidden.

● Also, the kitchen appliances can cause more disturbance when compared with the closed kitchen design concept. 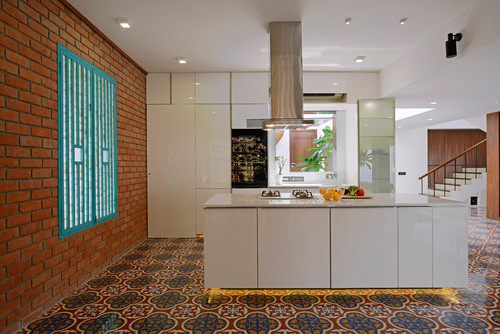 So Which Concept Suits Indian Kitchen Design The Best?

While designing an Indian kitchen, the only sole important factor is your own personal preferences and lifestyle. The open kitchen concept seems to be a catchy one and people are more open to trying a new concept, but it is important to see whether this layout is ideal for your lifestyle.

For instance, the Indian cooking involves the use of lots of spices and the process of baking and grilling is secondary, in such case, the fumes cannot be prevented from entering other parts of the home with an open kitchen. But at the same, if you love to organize parties, cook with friends and host informal brunches, then opting for a half-open kitchen is what I recommend! As a half wall or a pass-through window will cover as well as allow a certain degree of openness and accessibility. 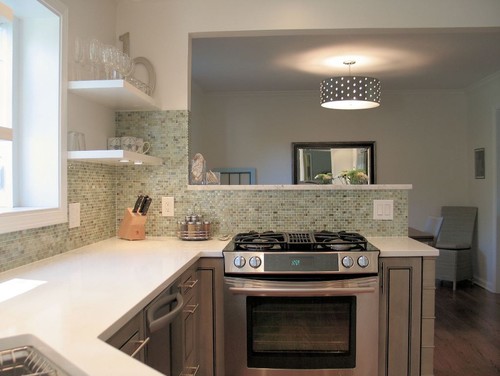 Hence blending in the elements of the two layouts is what I would suggest for Indian homes, as it combines both functionalities with aesthetics.

Also, take a read to the most important Sparkle Your Kitchen With Amazing Light And Decor

Everyone wants to own a kitchen that looks clean and well organized all the time...

If you are looking out for ways to design a kitchen that's stylish and in...

Do's and Don't while installing a Modular Kitchen

A modular kitchen is an excellent choice if space is limited or you’re looking for...

Kitchen requires various types of lighting as it makes the kitchen look more functional and...

9 Bright Colored Kitchens to Buck you Up

Here, we share&nbsp;the expert tips and tricks to brighten up the kitchen interiors with some...

Light plays a major role in designing as it helps in creating an ambiance. And...

10 Signs You Should Choose Interior Design as Your Career

Architecture Portfolio Tips to Win More Clients for Your Business

3D designing has so far been one of the most top rated styles of designing...

How To Become An Efficient Interior Designer?

Interior designing is an extremely lucrative field at the moment that has scope for a...

How To Find The Furniture That Will Suit Your Place?

A lot of people often find it hard to spot the perfect piece of furniture...

Gardening is one of those activities which people tend to choose as hobbies. There are...

Role Of Lights In Our Daily Lives

&nbsp; Lighting or illumination plays a very important role in interiors designing. Whether it’s a living...