To a designer’s advantage is AutoCAD. AutoCAD is computer-aided design software that allows professionals from various fields to use it to their advantage. Project managers, Architects, product designers, engineers are among various professionals who use AutoCAD. AutoCAD is originally founded developed, marketed by Autodesk.  They train persons on AutoCAD in more than 750 facilities worldwide. Its first version was realized in 1992 and currently its 18th generation is being marketed which is known as Auto 360. AutoCAD uses .dwg extension hence anyone can identify an AutoCAD drawing/design by its extension file. Though its interchange file format is .dxf 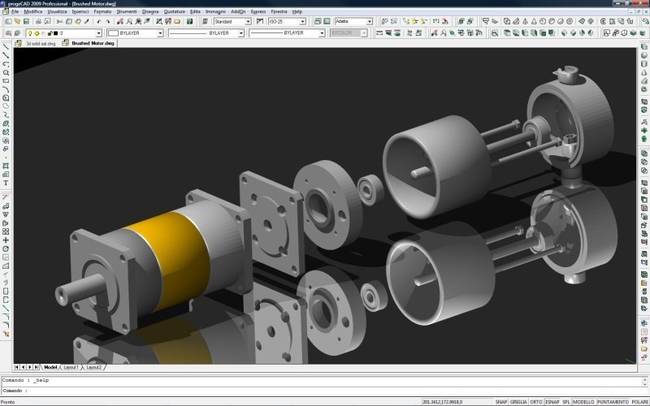 Variants: There are few but efficiently upgraded variants of AutoCAD such as AutoCAD LT, AutoCAD 360 and Student versions.

Although it is being planned to launch AutoCAD versions in Czech, Hungarian, Polish and Russian languages the extent of localization would vary from full translation of the product to documentation only. The AutoCAD command set is localized as a part of the software localization.

The 2 Features in Auto CAD has added to its popularity worldwide are the ‘Polyline’ and ‘Curve Fitting’ function.The Polyline or PLINE command creates a chain line with multiple vertexes and straight or circular segments between the vertexes. You can even draw a closed shape with the pline command.

Hatching is used to add shaded patterns to objects and shapes within an Autocad drawing. Hatch patterns is used to indicate a material to be used, for example a concrete hatch. Alternatively it could be used to make an area of a drawing stand out. And you would require pattern, ponits, shape and angles.

Drawing Solids is anothet feauture in AutoCAD . Solids mean the mass properties of 3D objects. One can use the Solids toolbar for readily accessible objects such as Box, Cone, Cylinder, Sphere, Torus and Wedge. Though the AutoCAD world is 3 dimensional but one can even draw a 2d object, such as a plan or a section using 2 dimensions coordinates such as  (x and y).

AutoCAD has been able to make its mark in the design software industry due to its accessibility, easy to learn characteristics, demonstrations’, and handling features whereas its differential pricing systems add to its market strategy to tap maximum coverage.

Its usability depends on the learning ability if students who in turn use this in their professional areas. Hence to tap the potential market, teachers and students can avail the AutoCAD software with a 36-month license available at significant discounts over commercial retail prices.

Auto CAD is not only a software designed for commercial purposes, or to be taught in educational institutions but one can simple buy a basic version and learn with it the fundamentals of drawing.

Advantages of AUTOCAD: Discovering The Best

AutoCAD is computer design software that provides a great deal of…

The unfolding of 3D software has revolutionized the way in which…

5 Tricks To Enhance Your AutoCad Experience

For all of us design techies, AutoCad is a working Bible. We live by…

The importance of Autocad knowledge and beyond

Introduction For any software developed by the IT industry,…

Why is Autocad popular in the Architectural and Construction Industry

Design Ideas To Make Your Hotel “A Pleasant Stay”

Honeymoon Suite Decor Ideas That Adds a Spark of Romance

Give your Dull Bedroom a Boost with these Design Tips

Bookshelf of an Architecture Student

How to Design your Bedroom like Five Star Hotel

From the time the interior design has taken a swirl,  the ‘’kitchen…

Chandeliers in a Living Room can Make a Huge Difference

Ceiling & Wall Design Speak The Style Of The Living Room

With the change in style and trends every now and then, there are so…

Incredible Living Room Decor Which Is Rich In Style & Books